Two years ago, Boris Johnson promised us “sunlit uplands” after Bexit. Unsurprisingly, with every day that passes, this is proving to be utter bullshit. So much so, that Leavers are now invoking the Blitz spirit to deal with the chaos of food and medicine running out and the army taking to the streets in the case of a no deal disaster.  To showcase the insanity of this national hari-kari, Luton school teacher and talented artist, Ian Stone, redesigned posters from the time of the Blitz itself.

So, what inspired him?

“I think Brexit’s the biggest mess we’ve involved ourselves in at least since Suez and with the implications on the current state of the world, perhaps the most important event of my political lifetime. And I lived through Thatcher,” says Ian. “A friend pointed out the initial idea. It was like looking for gold in an untouched subterranean Aztec gold mine. Easy pickings.

His favourite is the airdrop one below, “just because of the randomness of the comment about my wife’s knickers.”  However,  Ian believes the Jacob Rees Mogg hits home due to its abruptness and he also has a massive fondness for the “string them up poster”, mostly due to the fact that “I can’t stand that fascist rag the Daily Mail.” Sentiments we, here at Ink Tank, wholeheartedly agree with. 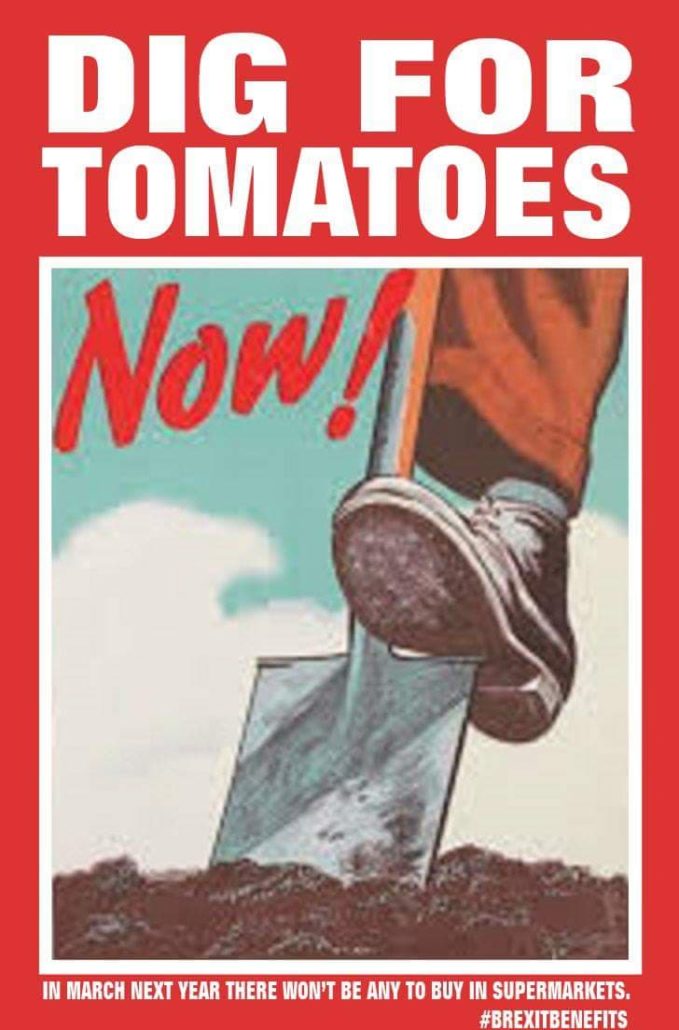