Last week, Theresa May ruled out an autumn election in the UK, stating that it was not going to be “in the national interest” to hold one before Brexit. With EU leaders reportedly unimpressed with Britain’s Chequers plan, there has been speculation that an early election might be on the cards if Parliament votes down any potential Brexit deal, or if no agreement can be found.

But let’s just stop for a minute and examine the recent history of the phrase “national interest” and it’s association with the Conservative party, shall we?

A short history of the “national interest”

Going back to 2016, the Conservatives called a referendum on EU membership in order to settle a long-running internal feud within their party. This was done under the pretext of national interest, but was, in reality, a vehicle for David Cameron to silence his disgruntled and increasingly influential backbenchers.

Next, after the surprise referendum result, Theresa May repeatedly ruled out a snap general election. And then she changed her mind, once she saw her own gushing poll numbers. The justification for both of these contradictory positions was, of course, what the Conservative party had defined as the national interest. 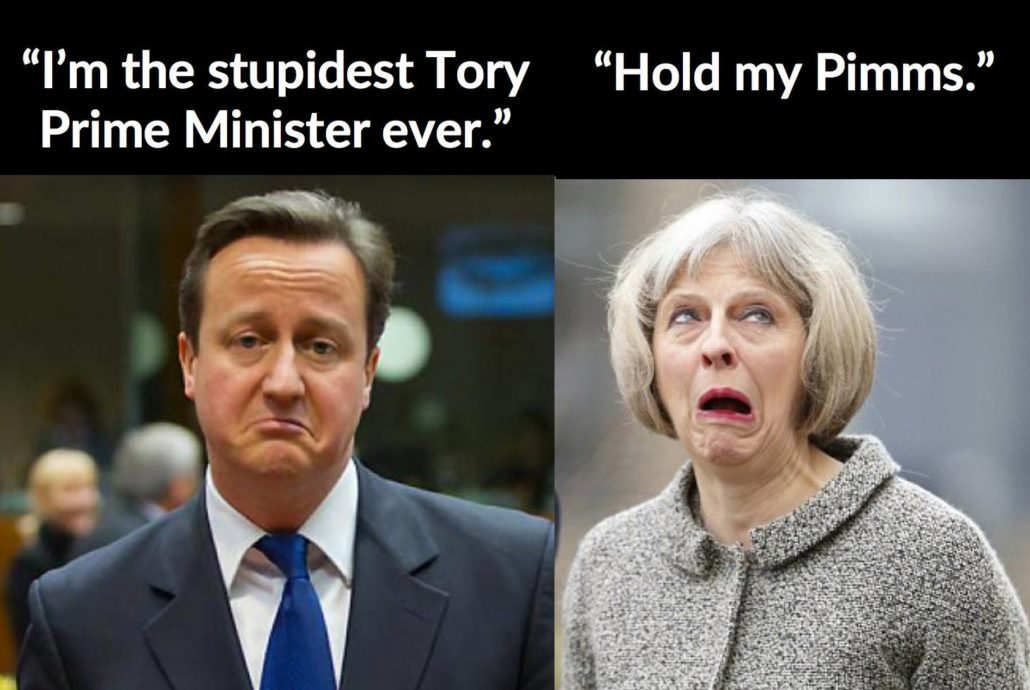 Then, following on from the 2017 election in which the Tories lost their majority in Parliament, a deal was struck with the controversial Democratic Unionist Party in Northern Ireland. The deal was supposedly made to give Britain a functioning government at a time of political crisis, aka the national interest argument again. But let’s call it what it was – a desperate attempt by a failing government to cling to power by buying the votes they needed to survive.

So, the next time you hear the phrase “national interest” being uttered by a Conservative, be afraid. It never ends well.