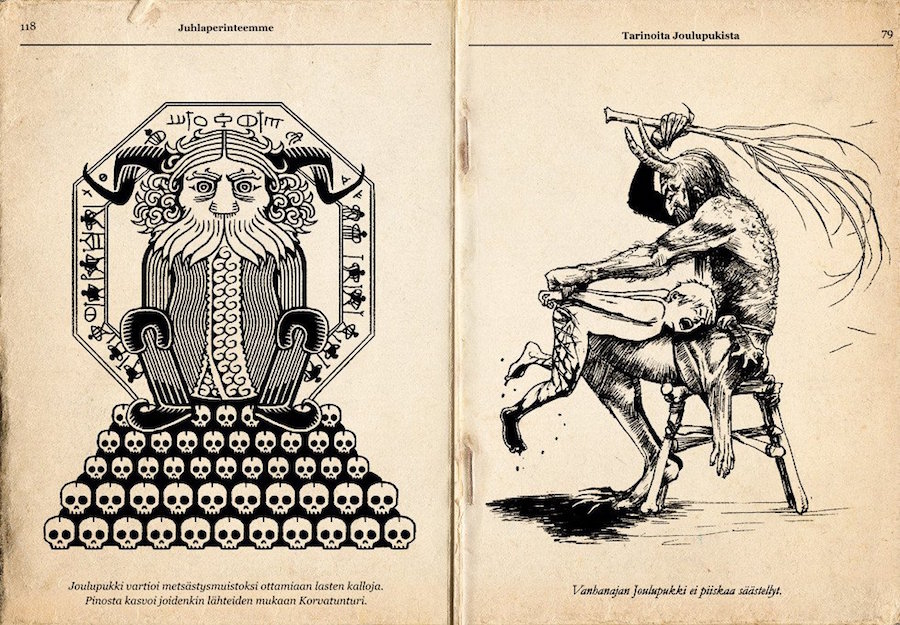 Santa Claus has something of a dark past. The jolly and generous old man of Christmas that we all know and love wasn’t always so jolly—especially in Finland.

The Santa who is most recognizable today is the result of a mix of various stories and cultures, and many of his iconic traits have been added to the tale over the centuries. American Santa evolved from Sinterklaas, who was brought to New York by Dutch settlers in the 17th century. As time passed, various groups and individuals helped shape the image of modern Santa, adding bits of lore such as flying reindeer and magical chimney abilities. A Finnish American, Haddon Sundblom, solidified the image of modern, jolly American Santa with his famous Christmas illustrations for Coca-Cola in the 1930s. Sunblom’s Santa, however, couldn’t be further from the original Finnish Santa, Joulupukki.

Joulupukki translates to “Yule Goat.” Yule, a pre-Christian pagan festival, was a midwinter celebration with feasting and sacrifice that took place in many Germanic cultures. So what do goats have to do with it? While sadly there’s no definitive answer, the most popular theory suggests that goats are linked to the god Thor. Associated with storms and fertility, Thor commanded a goat-driven chariot, and goats became associated with harvests and fertility through him. Traditions evolved as they tend to do, and men took to dressing up in horned goat costumes as part of the rituals. In Finland, the nuuttipukki as they are called, were evil spirits who would go door to door demanding gifts and leftovers from the Yule feast. 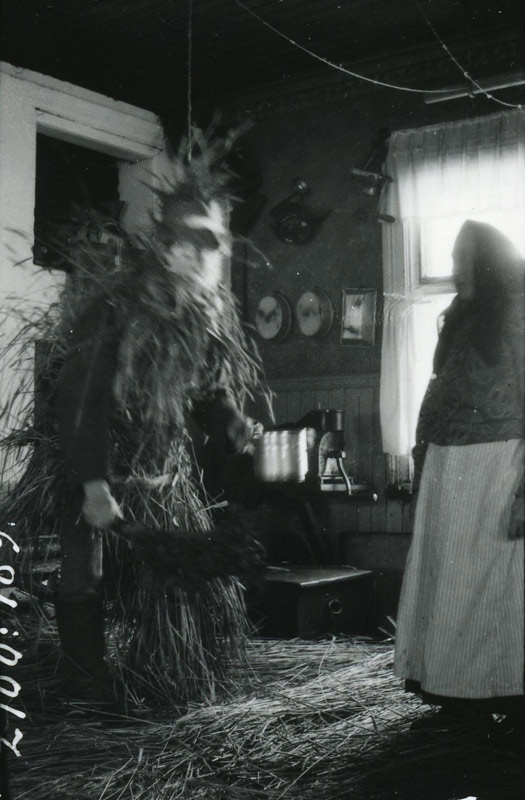 That brings us back to Joulupukki. The Finnish Santa is a blend of the nuuttipukki and modern Santa Claus, or the “Coca-Cola” Santa. Sometime in the 19th century, he became a benevolent figure, and rather than demanding gifts, began passing them out to children. These days, Joulupukki visits homes to deliver gifts to children. Unlike American Santa, he doesn’t use the chimney—he rings the bell and enters politely through the door, asking the still-awake families “Onko täällä kilttejä lapsia?” (“Are there any well-behaved children here?”). He wears red robes and drives a sleigh pulled by reindeer (who sadly don’t fly), and calls Korvatunturi in Lapland home.

Joulupukki in the streets of Helsinki, 1930.

Yule goats are still common in Nordic countries, such as decorative goats made of wicker. Large statuesque goats made of wicker are sometimes erected in towns, such as the Gävle goat in Sweden, which infamously faces an annual battle against arson. In some areas of Finland, nuuttipukki still make visits on Nuutinpäivä, or St. Knut’s Day, which takes place on January 13 and is an end-of-the-holiday-season blend of the pagan holiday and the Christian Epiphany.

As for Joulupukki, many tales of his dark past still find their way into modern consciousness—but whether they are completely accurate is another story. Take for example the illustrations below, which tend to pop up on social media, websites and forums during Christmas as proof of the horrible deeds of Joulupukki. While they look convincing, they are in fact the work of modern day illustrator Lauri Ahonen, who created the terrifying images based on legends for the Finnish film Rare Exports (which we highly recommend). 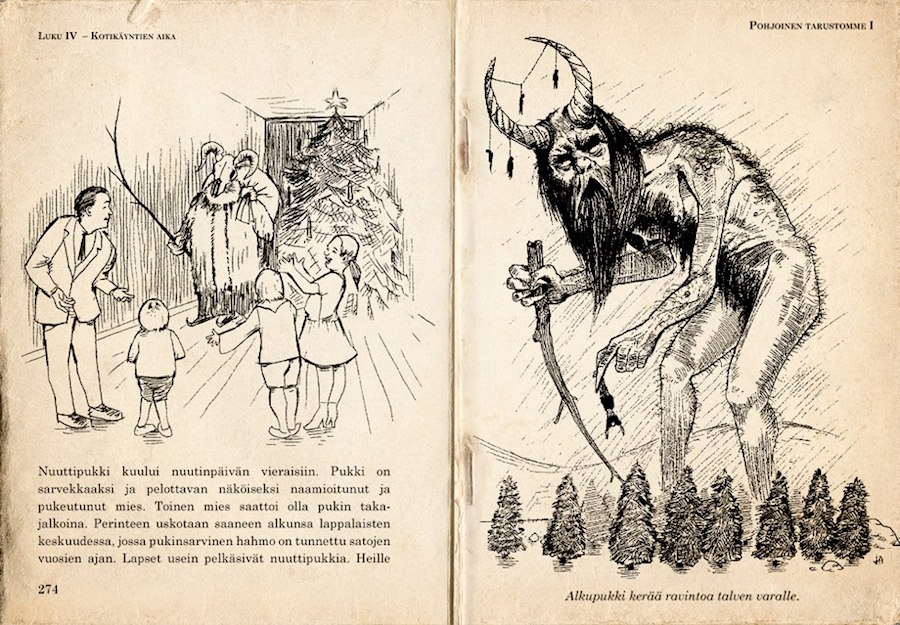