Amidst the current Finnish startup buzz, we’ve seen tons of fresh, quick and ingenious companies sprout about from the ruins of Finland’s Nokia-lead ICT imperium. Not all of them, however, make their money in a way that the society deems as legal.

The Finnish cryptomarket Valhalla has quickly risen to become one of the darknet’s leading online shopping places for drugs and other illegal products. Given the current growth pace, Valhalla may make its first million in profits this year. This is not bad, especially as Valhalla is not likely to file their tax report like the rest of us.

What makes Tor-based Valhalla such an interesting case among current cryptomarkets is the fact that its operation is driven not only by economic interests. Kapteeni, the leader of the site argues that Valhalla is a strongly ideological project: He believes that cryptomarkets can eradicate violence from drug business.

The ideology is reflected on the rules of the marketplace: Only products that do not cause harm to others are allowed. Similar values guided the operation of the legendary Silk Road, and have been a rare commodity on the dozens of cyryptomarkets that have come (and gone) to replace Silk Road after its demise in the fall of 2013.

Below is a trailer for Deep Web, a documentary on Silk Road and the trial of the site’s alleged administrator. You can probably find the movie on Netflix.

Valhalla was founded in October 2013 on the Tor hidden service network as a Finnish-only marketplace. Initially, the site was called Silkkitie, Finnish for Silk Road. In 2015, the site embraced the international audience, rebranded itself as Valhalla, and as a result numerous exit scams of bigger marketplaces grew to reach the top five of darknet marketplaces. The site still serves its Finnish customers under the old Silkkitie brand.

Today, Valhalla’s vendors offer more than 10 000 different drug listings along with other drug, bodybuilding and self-defence related products and various services. While being one of the biggest, Valhalla is still dwarfed by its number one competitor, the ten times bigger AlphaBay.

Now, two and a half years of operation may sound like a short lifespan to you, but let me assure that in the darknet, it’s a long time. At least long enough to make Valhalla’s slogan ”Resilient as hell” sound quite credible.

Tor Browser goes to great lengths to hide your identity online and on the Darknet, if used correctly. Tor itself is legal in (and funded in part by) Western democracies. Strong anonymization has several legitimate use cases, like reading up on intimate health matters without being tracked, and helping political dissidents in oppressive countries.

In an interview by DeepDotWeb, Kapteeni says his main concern is the security of the users, their anonymity and their earnings. Word “honesty”, the crown jewel of the Finnish culture and mentality, pops up several times during the interview. Can one seriously use ethical vocabulary like that in the context of illegal drug markets?

Absolutely. No doubt. Let’s look at a few examples.

Some vendors decline to ship their products to countries with capital punishment not to get involved in state violence. Some at least say they care about their customers and do not sell to people they believe are underage. Others don’t give a flying fuck and are in the game just for money.

Then there have been marketplaces like Black Market Reloaded and Agora, which told their customers about their plans of exiting the market in advance – and gave the customers a chance to withdraw their bitcoins before going offline. That’s an amazingly upright thing to do, considering how easy and tempting it is to just grab the users’ money and pull the plug.

None of the marketplaces I know tolerate anything related to child online exploitation. While that is not something worth applause, it’s still a moral statement. Some like Valhalla and Silk Road have higher standards based on a thought-through ideology. Speaking in terms of moral philosophy, there are clearly different levels of integrity among the darknet actors.

A safer way to buy drugs?

Let’s go back to Kapteeni’s argument about cryptomarkets being a safer way of buying drugs. Is it true?

Cryptomarkets’ business model may remove, at least to some extent, some of the pieces in the drug value chain, where violence may occur: going to places to get drugs where one may be exposed to violence (you get your stuff by post), violence related to debt collection (at least to dealers, as you have to pay in advance), coerced trafficking (post again), and so on.

There is also at least some evidence that the drugs sold on the cryptomarkets are of better quality than the stuff sold in the street. This may bring positive health consequences, you may argue, but also risks of overdose to people who are used to dosing with products of less purity.

And buying online may mean less overspending or binging, as one has to wait a few days for the products to arrive. And you have lots of drugs safety information and advice from more experienced users available as well.

It’s tempting to argue that cryptomarkets actually make drug use safer, compared to the traditional ways of purchasing them. And this is, in fact, a moral argument in favor of the cryptomarkets.

However, the equation is not quite as simple, and we do not have reliable scientific data available yet to back up that argument. Then again, cryptomarkets also mean better availability of drugs, which easily converts into higher consumption and, finally, more drug related problems. And don’t forget that vulnerable groups like children and young people get the better access, too. Finally, there is no such thing as a safe drug, be it legal or illegal. People overdose, get injured, get addicted, get allergic reactions – you name it.

Whatever the total impact of the cryptomarkets is, one thing we can pretty sure about: More responsible vendors and marketplace operators equals to lesser drug related harms.

Our previous article explains why darknet expert Antti Järventaus went from skeptic to believer regarding the inherent value of anonymization and Tor. Ink Tank Media supports the Tor Project by running one of the thousands of Relay servers that anonymize traffic on the network.[/caption]

Honesty and humility as assets in the trustless world

The value of trust skyrockets where it is scarce. The cryptomarket scene has seen so many exit scams and other forms of dishonesty that people have started to take it for granted. In an environment like that, a business based on the Finnish core values, trust and humility, may actually have a powerful asset in its hands. In the darknet, you do not earn trust overnight. But when you get it, your cash register starts to ring.

Right now the future seems bright for Valhalla, and the brand is already well known across the darknet. Cryptomarkets, however, operate under a lot of pressure from law enforcement and rival marketplaces and Valhalla is no exception. It will be exciting to see that when the time comes for Valhalla to leave the stage (nothing lasts forever, after all, right?), will Kapteeni stand to his values and do it in an honorable way.

Antti Järventaus is a freelance researcher and an expert in communications and social ethics. His interests include themes like corporate social responsibility, trend research in the Darknet and exploring the human mind. He has worked with a number of global brands such as Nokia, Cirque du Soleil, Deloitte and Rovio Entertainment. 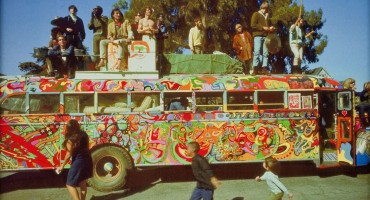