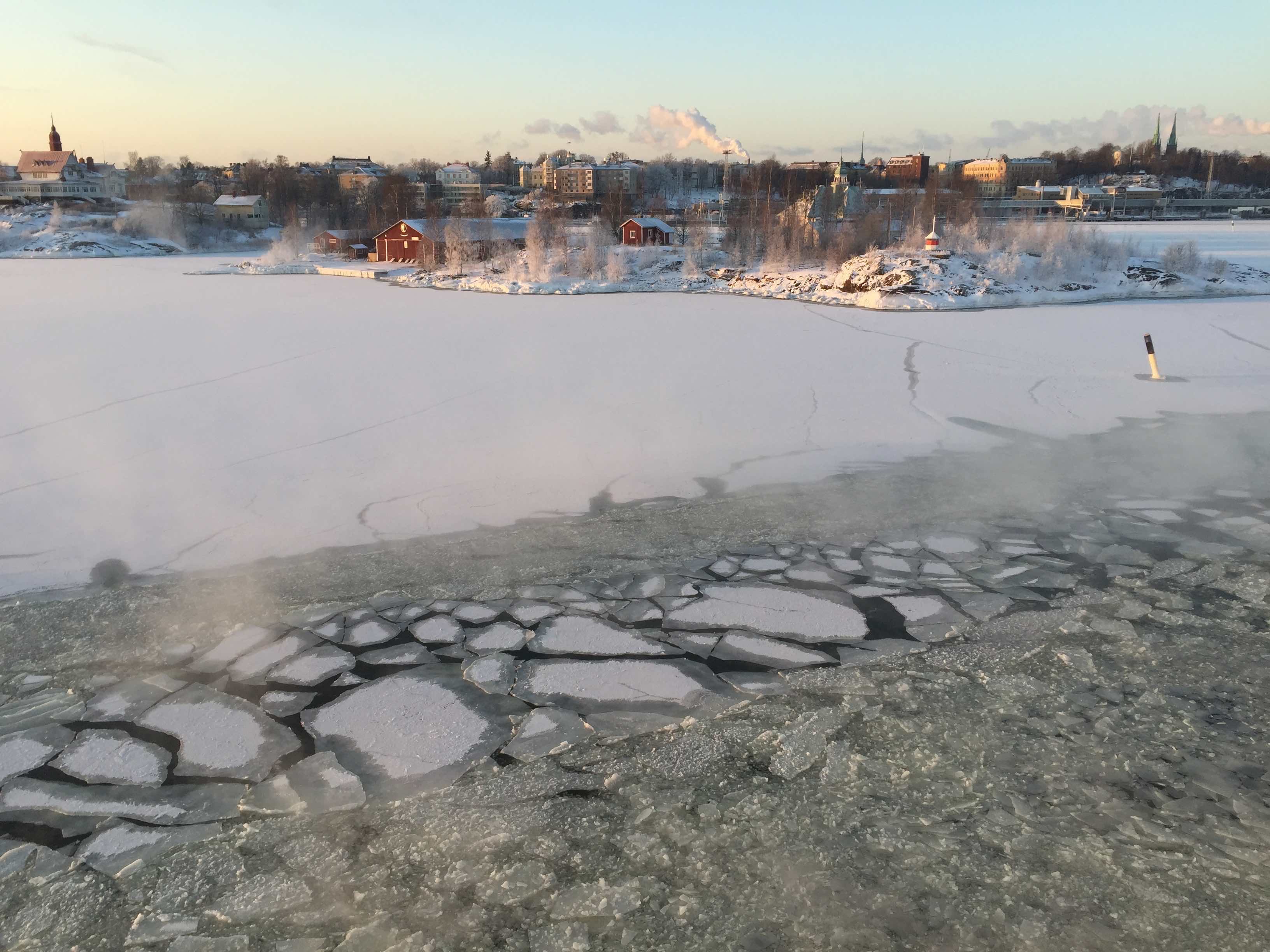 Finland’s long been something of an exotic destination for adventurers, both those who arrive in person and those who voyage here via their imaginations. Focusing on the latter category, we’ve collected a shortlist of some the finest books you can read about Finland written from a non-Finnish perspective. This shortlist contains everything from Cold War spy novels, adolescent coming of age drama to aching love stories. So, sit tight, and prepare to voyage, from the comfort of your couch, to the far north.

1. The Most Dangerous Game

In this sixties spy story, Bill, a bush pilot living in Lapland, gets drawn into some less than legitimate stuff in between his official duties of aerial survey flights looking for nickel deposits.

A wealthy American hires Bill to fly to a prohibited zone near the Soviet borders for bear hunting, but things go south and Bill gets hunted by everyone from random thugs to the Finnish secret police. When old Tsarist-era treasures start turning up, Bill’s colleagues start ending up dead. Since this is a sixties spy story the wealthy American’s beautiful sister gets involved. ill wonders if stuff from his wartime past is catching up with him.

In this novel, New Yorker Clarissa Iverton is bereft of peace of mind after her father dies and it is revealed to her that he wasn’t her real father.

Abandoning her comfortable life, Clarissa starts a journey to find out more about her mother, who disappeared when Clarissa was only 14. While looking for the puzzle pieces of her mother’s hidden past, Clarissa finds her way to the indigenous Sami people in Lapland. There on the tundra and under the northern lights, Clarissa must confront abhorrent acts of violence tied to her past and the history of the Sami tribes.

The book promises an interesting exploration of whether Clarissa can come to terms with these circumstances and forgive the wrongdoers of her past.

This very recent book sticks out from the rest of our selection on the merit of being non-fiction. Nonetheless, storytelling is involved in the way in which New Zealand writer Melanie Dower and Helsinki native Laura Iisalo have approached the concept of a guide book. The subject matter is, of course, Helsinki, and as you’d expect, this isn’t your regular tourist-minded walkthrough.

Dower and Iisalo’s approach to telling the story of Helsinki is through portraits of real-life small businesses and shopkeepers, with a delicious focus on food. As a result, by picking up this book, you don’t only get an idea of where to eat and other cool stuff to do in Helsinki. You also get a glimpse into characters who play a role in local neighbourhoods. This approach, similar to that used by the grandmother of urbanism revival Jane Jacobs in her seminal 1961 book, The Death and Life of Great American Cities. makes for a fascinating read.

Hard to be impartial about this one, since the author of Spellbound, Joel Willans, is the Editor of Inktank.fi and, co-founder of Ink Tank Media.

In this collection of award-winning short stories, Willans explores the subject of men going a bit co-coo over women, which undoubtedly is a thing. Having himself ended up in Finland and running this company with his partner and wife after falling for her in London, Willans is no stranger to the overall theme of adventure.

Finland is not everything in this novel collection but Willans can’t help get repeatedly lost in the subject of Nordic beauty. Through his Finnish characters, he also makes a strong case for more egalitarian Nordic values in contrast to those practised on the class-ridden little island empire in the North Atlantic he used to call home. With its beautiful prose and powerful themes it’s hardly surprising then some of the stories have been narrated on BBC radio and that Spellbound was shortlisted for The International Scott Prize for Short Stories.

It’s a tragedy this was never translated to English because it’s as hilarious as it is loosely related to Finland. In his 2001 masterpiece, Norwegian writer Erlend Loe takes his usual theme about identity crisis and slightly unhinged main characters to a level almost every creative can identify with.

The main character is a Norwegian graphic designer and copywriter who gets commissioned to write a tourism-oriented brochure about Finland by the Finnish Embassy in Oslo, the capital of Norway.

The writer, who has very little previous knowledge about Finland starts out ambitious but quickly disappears into a swamp of procrastination, in which stream of consciousness rants presents trivia about Finland, the main character themselves and their rapid disintegration of ability to deliver the work on deadline.

This fun, not too long novel is a must-read if you happen to understand Norwegian, Danish, Swedish, Finnish, Russian or Chinese, the languages into which Facts about Finland was translated.

This teen romance novel explores the subject of living in under the reputation of famous parents. Nordic ski jumper Maureen Mo takes off for Finland, with the goal of competing in the famous Lahti ski Games, and getting some breathing room from expectations put on her solely because of her famous skier father.

Serious training life has its challenges and Maureen takes on an offer to let an attractive teammate coach her. She sets on an adventure that challenges her ambition of combining academic studies with training and discovers what the oft-mentioned ideal of Finnish ‘sisu’, strength and perseverance is all about.

But will she make those jumps in style?

In Finnish-American James Thompson’s debut, inspector Kari Vaara, a good cop who slowly turns bad in Thompson’s later novels, gets to face the usual pressure of solving a murder in a rural backwater without help from the big-city cops.

Snow Angels shines a less than flattering light on the racist undertones of Western societies through the mysterious, gruesome rape-murder of a Somali refugee turned popular actress. Kari, who’s still dealing with a messed-up childhood, is encouraged to keep as much as possible about the case under tight wrap. He’s also wrestling the realities of another cultural shock, his young American and pregnant wife, who experiences difficulties adjusting to the small town reality in a sparsely populated country on the edge of European civilisation.

Thompson, who sadly passed away at a relatively young age in 2014, left behind him a body of work on the subject of Finnish crime. We’re pretty sure it’s all worth exploring for anyone who wants a look at the dark side of, well, the Kaamos darkness of the Nordic winter. Poking at the ugly undercurrent of racism is now even more relevant than when the book was released in 2010.

If you feel like we missed some good outside literary perspective on Finland, please do let us know in the comments section below!