There’s a good reason school-stories have always done well: we can all relate, right? We might not have gone to boarding school like the Mallory Towers gals, or gotten our Hogwarts invitation like Hermione Granger, but the French class/homework/detention/Sports Day cycle is pretty much the same the world round. Children’s literature is dominated by it, whether we’re talking Enid Blyton’s The Twins at St Clare’s or Gillian Cross’s The Demon Headmaster, and the adult version, tipping into university life (a.k.a. the campus novel), is another perennial variety. So it’s not exactly obscure, but we love it all the same! Here are five examples of educational romps for all ages that kept us up all night with our torches under the bedclothes. 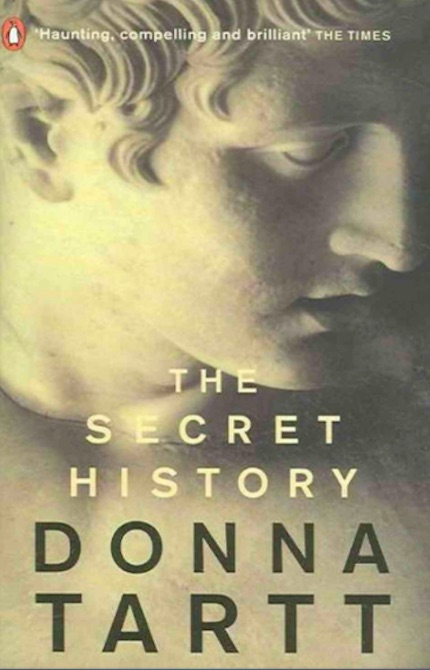 A creepy classic of modern literature, this is set in a small upmarket university in Vermont, and it’s about a group of classmates who commit a murder. The characters are oddballs, in that they’re peculiarly snooty classics students, and the narrator, Richard, is so determined to impress them that he gets in way over his head… It’s melodramatic and completely mad but very, very captivating. You’ll never look at Ancient Greek in quite the same way again.

A little girl is evacuated to the US during WWII and has a jolly old time, but then, boom, the war is over, and she’s shipped back to boarding school in England, where everything’s rotten, the other girls are awful and there isn’t anything to eat (damn those rations). And then drumroll, she meets a boy. Of course, it’s not that simple: this is a really bleak look at alienation and bullying and loss, but even if it might put you off boarding school, you’ve still got to read it! Complex and heartbreaking and, finally, uplifting.

3. Cat Among the Pigeons, Agatha Christie

It’s Agatha Christie so it’s got to be mystery, and this is an article about school stories, so… yes! A murder mystery set in a boarding school! If ever there were two genres that cried out to be combined… It’s got jewel thievery and spies and kidnappings and Middle Easter revolutionaries and it’s even got Poirot (albeit only briefly)! With high drama and a lot of humour, like anything by Christie, you’re going to enjoy it, even if your own school days are going to seem pretty lame in comparison.

A campus novel set in an agricultural college in the American Midwest, Moo features a memorably cast of academic freaks and misfits – one is conducting experiments on an unfortunate boar called Earl – and pokes fun at the genre as a whole, with one chapter labeled ‘Who’s in Bed with Whom?’ There’s certainly a lot of bed-hopping, as well as back-stabbing and conniving, and we thought that Dr. Gift, a professor who refers to the students as ‘customers’, is right on the money for today’s educational zeitgeist, though the book itself came out in 1995. A dry satire with a complex weave of plots, this will appeal to pretty much anyone who’s worked anywhere near the university sector.

Bringing it back home with one for the kids, this beautiful picture book and its series of successors features a little girl – Madeline! – who’s away at a Parisian boarding school (‘an old house with vines’ where live ‘twelve little girls in two straight lines’ and their long-suffering teacher, Miss Clavel. The near-monochromatic illustrations (black, white and yellow, mostly) are gorgeous and even the slight awkwardness of the English translations of the original French rhymes don’t make this anything less than enchanting. This first book came out in 1939, and while it spawned a still-expanding franchise of spin-off and sequels, we still love the original the most: after all, a book that makes even appendicitis seem fun has got to have something going for it.

We could go on: there’s Tom Brown’s School Days, for a start, and the opening sections of Jane Eyre and Angela’s Brazil’s brilliantly anarchic stories – but which are your favourites?