You probably know Johan Runeberg, but what do you know about Fredrika Runeberg? As the wife of Finland’s national poet, Fredrika Runeberg has sometimes been overshadowed. Here are five fantastic facts to get to know her life and contributions to Finnish culture a little bit better.

She was a celebrated writer

Fredrika Runeberg was one of Finland’s earliest female novelists, and she’s considered to be Finland’s first female journalist. She specialized in historical fiction novels, and she also penned a number of essays, poems, short stories and an autobiography. She managed to accomplish all of this while also managing the Runeberg household and raising a family of seven sons.

Fredrika was a committed author, and would write every chance she had. In her autobiography The Story of My Pen, she discussed the joys and hardships of balancing her home and professional life:

A man writes when he wishes and feels inspired to do so, a woman, at least one with children and a household, when she can and has time, happy and grateful at having been able to, as it were, purloin such a joy for herself.

She was a pioneer of women’s rights

Fredrika was the first Finnish writer to openly criticize women’s position in society. Her historical novels Lady Catharina Boije and her daughters and Sigrid Liljeholm examine history from women’s perspective, which was revolutionary for the time. Later, she also founded a women’s association and established a school for disadvantaged girls.

She popularized the Runeberg Cake

Runeberg Cakes, one of Finland’s most treasured treats, are eaten every February 5 to celebrate J.L. Runeberg Day. Fredrika would make these cakes for Runeberg as a cheap treat when he asked for something sweet for breakfast. She created them using leftover breadcrumbs and whatever fruit was available and serve them with punsch, a traditional Finnish liqueur. Fredrika’s recipe is a modified version of an 1840 recipe from Lars Henrik Astenius, a Porvoo innkeeper and confectioner.

In addition to her native Swedish, Fredrika was fluent in French, German and English, which was uncommon in Finland at the time. She would often translate foreign article and essays into Swedish for the newspaper Helsingfors Morgonblad, and, as a big fan of Sir Walter Scott’s historical novels, she would translate the novels of Sir Walter Scott into Swedish for her non-English speaking husband. 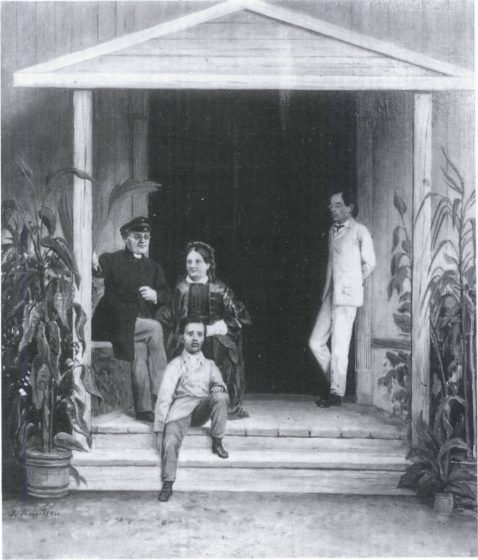 Fredrika was well-known for her green thumb. She designed and nurtured a beautiful garden at their Porvoo home, which included roses, peonies, berry bushes, apple trees that she planted for each son, and lilies, her favourite flower. Today, you can take a stroll through Fredrika’s carefully preserved garden at the Runeberg’s house museum, and marvel at her collection of rare houseplants.