A good quote can do a lot: give you an inspirational boost, soothe your soul, or provide some much-needed perspective. But the best quotes? They give you chills.

Now, we know the Internet has its fair share of over-posted quotes, which often become so over-used that they begin to lose their meaning. This is unfortunate, but luckily there are plenty more words of wisdom out there just waiting to become classics. That’s why we’ve selected 20 of our favorite goosebump-giving gems, that cover a wide range of the human experience and just might change your view on life.

“Isn’t it funny how day by day nothing changes but, when we look back everything is different.”

“What terrifies religious extremists like the Taliban are not American tanks or bombs or bullets, it’s a girl with a book.”

“Of all sad words of mouth or pen, the saddest are these: it might have been.”

“We’re all going to die, all of us, what a circus! That alone should make us love each other but it doesn’t. We are terrorized and flattened by trivialities, we are eaten up by nothing.”

“A ship in port is safe, but that’s not what ships are built for.”

“Two possibilities exist: either we are alone in the Universe or we are not. Both are equally terrifying.”

“If you could kick the person in the pants responsible for most of your trouble, you wouldn’t sit for a month.”

“You wouldn’t worry so much about what others think of you if you realized how seldom they do.”

“Yesterday I was clever and tried to change the world. Today I am wise and try to change myself.”

“Another belief of mine: that everyone else my age is an adult, whereas I am merely in disguise.”

“Everyone you will ever meet knows something you don’t.”

“The first problem for all of us, men and women, is not to learn, but to unlearn.”

“The most merciful thing in the world, I think, is the inability of the human mind to correlate all its contents.”

“Never forget that everything Hitler did in Germany was legal.”

“I would venture to guess that Anon, who wrote so many poems without signing them, was often a woman.”

“Nothing in life is to be feared. It is only to be understood.”

“Give a man a mask, and he will show you his true face.”

“How lucky am I to have something that makes saying goodbye hard.”

These sure gave us those reassess-your-life-chills, but what you? Let us know, along with any other words of wisdom which did the same, in the comments below. 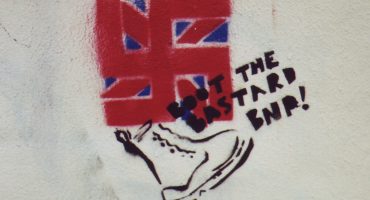