There aren’t many writers who witnessed a 20th century apocalypse at first hand. But of those who have Kurt Vonnegut’s response, Slaughterhouse-Five, is arguably the most memorable. It was published in 1969, twenty-four years after Vonnegut, a 23 year-old American prisoner of war, survived the Allied firebombing of Dresden. This massive air attack, which killed 130,000 people and destroyed a city of no military significance was probably the most important thing, besides getting married and having children, which ever happened to him.

Maybe then it’s no surprise that this highly imaginative, nearly psychedelic novel, sandwiched between an autobiographical introduction and epilogue, is full of such poignant words of wisdom. After all as Vonnegut writes on the first page, “All this happened, more or less. The war parts, anyway, are pretty much true.” While the other parts are products of his amazing imagination, as these observations below show, they are no less powerful for it.

1. “There is no beginning, no middle, no end, no suspense, no moral, no causes, no effects. What we love in our books are the depths of many marvelous moments seen all at one time.”

3. “Americans, like human beings everywhere, believe many things that are obviously untrue… Their most destructive untruth is that it is very easy for any American to make money. They will not acknowledge how in fact hard money is to come by, and, therefore, those who have no money blame and blame and blame themselves. This inward blame has been a treasure for the rich and powerful, who have had to do less for their poor, publicly and privately, than any other ruling class since, say, Napoleonic times.”

4. “That’s one thing Earthlings might learn to do, if they tried hard enough: Ignore the awful times and concentrate on the good ones.”

6. “Like so many Americans, she was trying to construct a life that made sense from things she found in gift shops.”

7. “Everything is nothing, with a twist.”

8. “America is the wealthiest nation on Earth, but its people are mainly poor, and poor Americans are urged to hate themselves…. It is in fact a crime for an American to be poor, even though America is a nation of poor. Every other nation has folk traditions of men who were poor but extremely wise and virtuous, and therefore more estimable than anyone with power and gold. No such tales are told by American poor. They mock themselves and glorify their betters.”

9. “All moments, past, present and future, always have existed, always will exist.”

10. “There is one other book, that can teach you everything you need to know about life… it’s The Brothers Karamazov by Fyodor Dostoyevsky, but that’s not enough anymore.”

11. “It is just an illusion here on Earth that one moment follows another one, like beads on a string, and that once a moment is gone, it is gone forever.”

12. “People aren’t supposed to look back. I’m certainly not going to do it anymore.”

13. “I think you guys are going to have to come up with a lot of wonderful new lies, or people just aren’t going to want to go on living.”

14. “All time is all time. It does not change. It does not lend itself to warnings or explanations. It simply is. Take it moment by moment, and you will find that we are all, as I’ve said before, bugs in amber.” 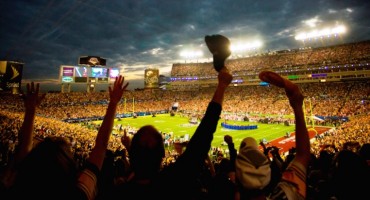