There’s a great tradition of dissent expressed in literature, perhaps most obviously exemplified in the WWI poetry of Wilfred Owen, Siegfried Sassoon and their contemporaries, whose ambivalence about wartime sacrifice and the demands of nationalism made them famous. War is great fodder for art, after all – it’s visual and visceral and morally weighty. In fiction, particularly since WWII, the novel has been put to great use as an anti-war satirical device. Here are ten that we reckon ought to put anybody off the smell of napalm in the morning.

A WWII satire set on an American base on an island west of Italy in the Mediterranean, this piece of comic genius is all about the absurdity of the waste of life that is war: characters like Yossarian, Major Major and Milo Minderbinder are literary hero for the anti-war faction and Heller’s vision of organizational hell and endless, awful suicidal missions probably finds its nearest non-war equivalent in Terry Gilliam’s Brazil. Like that film, though it’s not all played for laughs and the tragedy of pointless deaths hover over the book making you root for every last madman that populates its pages.

Centring on the fire-bombing of Dresden by the Allies during WWII, Vonnegut’s most famous text stars the time-travelling Billy Pilgrim as a fatalistic soldier who refuses to fight and is captured by the Germans, only to be bombed by his own side. A peculiar and often hilarious book, Slaughterhouse-Five uses postmodern self-consciousness and light comic relief to throw a spotlight on the murderous inhumanity of war. You’ve got to read this.

A collection of linked stories that recount the war experiences of a group of US soldiers in Vietman, based in part on O’Brien’s own time in the war, The Things They Carried is a brilliant evocation of the lingering trauma suffered by soldiers who’ve been in combat. Many, if not all, of O’Brien’s books hark back to Vietnam, but this one has an immediacy that’s even more shockingly memorable than the rest.

Herr’s fragmented account of his time as an embedded journalist – indeed, as one of the earlier embedded journalists – in Vietnam (for Esquire magazine, no less!) is more non-fiction than novel, but stylistically, it’s on a par with any literary pro, and he creates such a comprehensive account of the needless violence and confusion of that conflict that it ought to be required reading, not just for anti-war folk, but for anybody with an interest in literature.

Mailer is known as a man’s man, but this story of a company of soldier on the Pacific front during WWII works pretty damn hard to dispel the notion that war is a boy’s game. While his soldiers do find a measure of brotherhood during their time together, the book is saturated by fear, loneliness and death and, throughout, the dehumanization of soldiers within the war machine is highlighted. It’s a whopper of a book, size-wise, but worth the effort.

Ballard’s semi-autobiographical account of his time in a Shanghai prison camp as a child during WWII is enough to put anyone off their Cornflakes. The childlike perspective and a narration that’s both poetic and matter-of-fact doesn’t elide the horror of the situation – a kid who’s struggling to survive by scavenging, having been separated from his parents, has no choice but to give himself up to the Japanese to be interred. Compelling.

A Czech classic by Prague-born Satirist and anarchist Hašek, this is a text that satirizes not only the notion of what it is to be a nationalist and a ‘good’ soldier, but also the bumbling bureaucratic incompetence of army officials and military discipline. It’s suggested that Švejk is an idiot, which in itself says little in favour of soldiers in general. Hašek served in the Austro-Hungarian army during WWI, so he’s speaking from experience, and Joseph Heller claimed that if he hadn’t read this, he’d never have written Catch-22.

Robert Jordan is an American attached to a republican guerilla unit during the Spanish Civil War; in the fight against Franco, his main task is to blow up a particular bridge, but he’s up against the guerilla leader, Pablo, who doesn’t want to endanger more lives. The book deals with the nasty, brutish nature of civil war, including murder and rape, and the moral ambiguities of killing for a good cause. Needless to say, it doesn’t end very well for Jordan…

A newish addition to the canon and written by a scholar and ex-Marine, Matterhorn is an unflinching look at the brutalities of the war in Vietnam in 1969. It centers on US second lieutenant Waino Mellas, his (really, really young) compatriots in Bravo company, and their attempt to try and retake their base after it’s been captured by the enemy. Based on Marlantes’ real-life experiences, this is gruesome and exhausting and will probably put you right off your war games.

Just to prove we’re not all about the twentieth century, here’s a classic from 1895 set during the US Civil War. Henry Fleming sets off to fight for the Union, full of bombast and patriotism, only to be scared sick by the reality of it all. While he does eventually charge into the thick of it (proving his ‘courage’), this only comes after a series of bloody and miserable encounters with death and horrific injuries. If you’ve read nothing else from the nineteenth century, give this one a shot. 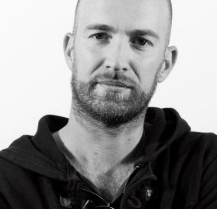 Joel Willans is the founder of Ink Tank and author of the short story collection, SPELLBOUND: Stories of Women’s Magic over Men. His prize-winning fiction has been broadcast on BBC radio and published in dozens of magazines and anthologies worldwide. You can find him on Twitter and Ello.